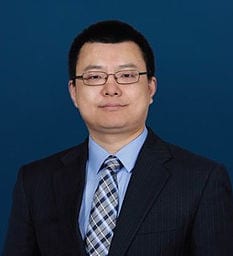 Mr. Gang Yuan is the managing attorney at our New York Office. He is a seasoned attorney focusing on corporate and business law, especially cross border transactions. He has practiced as a senior lawyer (partner and senior counsel) at leading US and UK law firms (Dewey & LeBoeuf LLP, Weil Gotshal & Manges LLP, Freshfields Bruckhaus Deringer LLP and Miller, Canfield, Paddock and Stone) for more than 10 years.

Mr. Yuan’s practice areas include Mergers & Acquisitions, IPOs, Private Equity, Joint Venture and Disputes Resolutions. For Chinese outbound transactions, Mr. Yuan acts for Chinese investors, including large state-owned companies, public companies and large private companies, for their investments around the world, mainly in the US, Canada, Europe, Central Asia, Southeast Asia and South American countries. For inbound investment to China, Mr. Yuan has advised a large number of multinational corporations in connection with their M&A activities and joint venture transactions. His experience includes representing one of the largest private equity firms to acquire a 20% interest in a state-owned enterprise in Shanghai, a major telecommunication company in its joint venture with the largest state-owned financial institution in Shanghai, a Chinese auto manufacturer to acquire a Korean auto company. Mr. Yuan was also involved in many investment related disputes and litigations, especially those disputes by Chinese companies for their investments in the US.

Past Employment Positions
Represented Projects Recently
Other Represented Projects
Contact Us
Practice Areas
Client Reviews
★★★★★
Mr. Cai Is a Diligent Attorney. My sister and I were defendants in a civil litigation case. We hired James Cai and his law firm, SAC Attorneys LLP. Mr. Cai is a diligent attorney and responded to our questions in a timely fashion. He and his staff were very helpful in keeping us informed of the proceedings of the case and in explaining each step. Mr. Cai is also very conscientious of fees and costs, and avoided unnecessary charges. The results of the Summary Adjudication sided with us. The Court Trial resulted in the “Final Statement of Decision” and “Judgment after Court Trial” overwhelmingly siding with us. Cynthia F.
★★★★★
I Am Truly Impressed. After spending a significant amount of time, money and efforts with my previous counsel at a larger law firm without getting meaningful results, I transferred my employment matter to SAC Attorneys LLP. The attorneys there were able to understand the complex situations of my case and put together an aggressive litigation strategy. We were able to file a compelling complaint within a week and forced the opposing party, which was represented by one of the largest law firms in California, to make a substantial settlement offer shortly thereafter. I am truly impressed by the no nonsense and results oriented approach by SAC Attorneys LLP attorneys. A job well done! X. Gao
★★★★★
They Took Time to Understand Our Technology. I am the founder of a bioinformatics start-up in the Silicon Valley and chose SAC Attorneys LLP as our corporate counsels. Their attorneys have great experience with high tech start-ups and were able to offer a highly competitive service plan while not sacrificing a bit of their quality of services. They took time to understand our technology and provided value added services by introducing investors and job candidates to us. We regard our attorneys at SAC Attorneys LLP not only as our legal advisors but also our venture partners. Dr. Pete S.
View More
Submit a Law Firm Client Review